Catching Up with a Former Program Participant: Norland’s Story 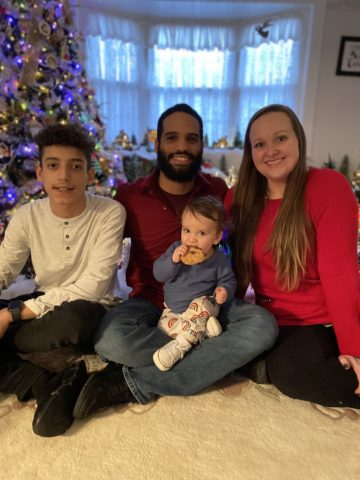 Norland with his fiancée and family.

When Norland started the Children’s Trust Healthy Families program, he was just 15 years old. Now at 29, he has built a successful career as a business analyst and a happy, healthy family with his 13-year-old son, fiancé, and one-year-old baby. Norland believes in setting big goals and working hard to achieve them. He says he is naturally goal-oriented, but when he was 15 years old and living with his abusive mother or bouncing around foster homes, he didn’t know how to put those skills to use in a constructive way.

Norland credits Healthy Families with giving him the foundational tools that got him to where he is today.

“Healthy Families doesn’t end when your kid turns 3. Your home visitor might stop coming by every week, but those skills and lessons that I learned, they became my core system for how I structured the rest of my life,” said Norland.'

“Healthy Families is really where my journey to who I am today began.”

Norland says that Healthy Families taught him how to establish goals and structure, and to take things one step at a time. He learned how to set big goals and small goals and learned that not meeting a goal wasn’t a failure, but a learning opportunity. One of the most important things he learned was how to make goals attainable and understanding the steps needed to get there.

At 15 years old, Norland thought he wanted to be a surgeon when he grew up. As an adult, he realized it wasn’t the right profession for him, but before Healthy Families, no one ever took that idea seriously.

“Just the idea of having someone believe in me,  believe that I could be a surgeon if I wanted, and not just believe in me but actually help me figure out how to do it, that set me on
a new path in life,” he says. 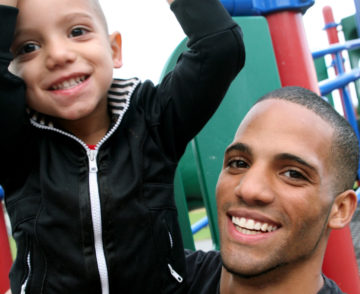 Norland says his home visitor helped him learn how to problem solve and get the support he needed. She also helped him learn how to budget and manage his schedule so that now, he can balance a successful career and spend time with his family. He says one of the most important things Healthy Families did for him was help him learn how to manage his life. The program gave him the skills to do it himself rather than doing it for him so that at 29 years old, he is still using what he learned from the program.

“Who I am today is due in large part to Healthy Families,”says Norland.

“Don’t get me wrong,  I’ve worked hard, and I know I deserve credit for where I am, but I also know that no one can do it alone and Healthy Families gave me structure, guidance, and support to be where I am today.”