Quincy Dad Finds It Takes a Village to Be a Father 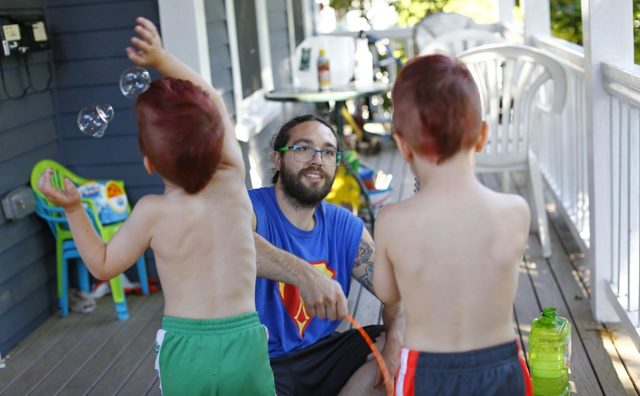 Originally posted on The Patriot Ledger.

When he saw the ultrasound in 2015 showing twins, Quincy father Kenny Coy said it was a scary moment. At 21 years old, he didn’t know much of anything about being a father. Months later, on June 20, 2016, Coy held his newborn sons Niklaus and Casper for the first time. And in that moment, he said his fear turned to bliss.

“It was an extremely happy moment. . . Almost all the emotions mixing at once. Little weird aliens is what they looked like,” he said, laughing.

Four years later, Coy has his own place — a stable home in Quincy — after roaming from place to place with the boys’ mother and even couch-hopping in the months leading up to and following the birth of their sons. He’s raising the boys in tandem with their mom, and says he’s grown and learned over the years. In part, he attributes his accomplishments a dad to South Shore Health and Healthy Families, a program through the Children’s Trust of Massachusetts that coaches first-time, at-risk parents.

Read the full story on The Patriot Ledger.