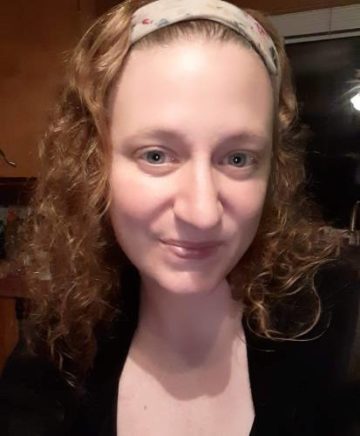 BOSTON — The Children’s Trust, the state’s child abuse prevention agency, recently awarded its Family Recognition Award to Krystal Duval of Athol at its 30th annual A View from All Sides conference.

According to a release from Children’s Trust, “the Family Recognition Award recognizes parents and caregivers who have taken great strides in enhancing the lives of their family and community through participation in a Children’s Trust program. This award exemplifies the incredible commitment of the parents and the programs that support them.”

Duval said she became involved with the Children’s Trust’s Valuing Our Children (VOC) Family Center shortly after moving to Athol five years ago, knowing nobody. Her youngest son began having speech delays and she started early intervention, but the situation continued to worsen. She found VOC by searching Facebook and got in touch with them about their ParentChild-Plus Program.

“I did two years of that with my little son, who’s now 6,” said Duval.

“Doing that program with him was amazing. It was so good for him. They worked with us; they changed the books – they’d be books that he could see because of a vision impairment he has. And we went from starting that program on day one, where he couldn’t even sit for a book to read to him, to holding the book and telling us what he sees in them, which is huge for him.”

Duval said the staff at VOC has

“been there since we moved here, without judgment and with open arms, and they were kind of the saving grace with my son because we were lost on what to do.”

She said she eventually became involved in VOC’s Parent Advisory Group, of which she is now a member, and later became a peer ambassador. Her active participation eventually led to her being voted a member of the VOC’s Board of Directors.

“I love their Parent Advisory Group because they don’t just have the group and have you give your opinion and then tell you what you want. They actually listen to you,” Duval said. “That really means a lot to me because there are so many parents in this community who don’t know these resources are here. We were so lost, being new to this town. I knew two people when I moved here and I now have my own little village of people, and VOC is a huge part of that.”

In addition to her involvement with VOC, Duval recently began a full-time position with Clinical and Support Options (CSO), on the campus of Athol Hospital.

Anna Doherty, director of family support for The Children’s Trust, said Duval was nominated for the Family Recognition Award by her peers at VOC. She said Children’s Trust is the lead agency in Massachusetts working to strengthen families and provides funding to Valuing Our Children, which is based in Athol but serves a number of towns in the North Quabbin region.

“Krystal was actually nominated by the staff at Valuing Our Children due to her involvement in their work over the past year,” Doherty said. “The award is one that we give once a year at our annual conference to recognize families who are really taking steps to do all that they can to prepare their kids to be as safe and healthy as they can be.”

“I did not even know about it,” said Duval. “I got an email one day that told me – and I just cried. I just sat there, and I cried. It just felt so good. They’ve done so much for me; I just want to give back.”

Doherty said VOC is open to any family in North Quabbin who may need services relative to a wide range of issues. She said it provides services at their family center universally, meaning that any family of any background, if they have at least one child who is age 8 or younger they can, free of charge, come to the family center and learn more about child development and make connections with other parents.

“Anybody raising children needs different things at different times,” Doherty said. So, the idea with the family centers is to really meet families where they’re at and provide a wide enough range of services so families can get what they need.”